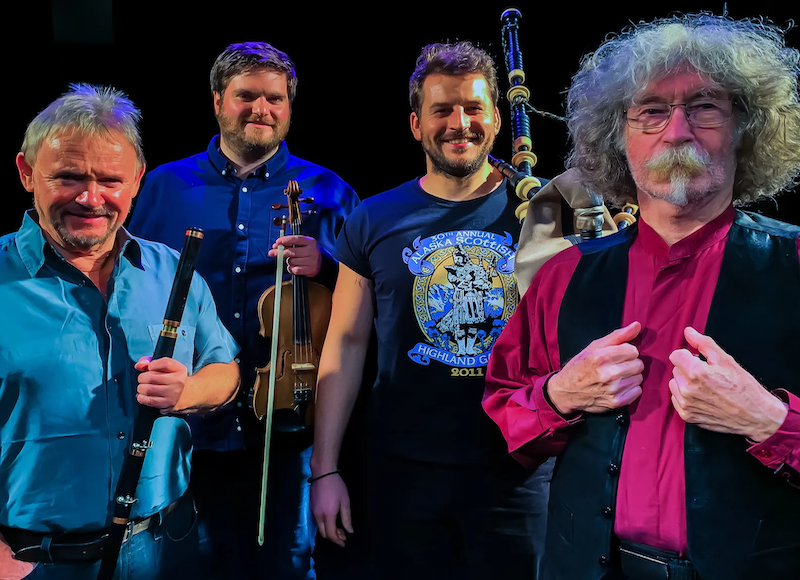 The Tannahill Weavers are one of Scotland’s premier traditional bands.

Their diverse repertoire spans the centuries, with fire-driven instrumentals, topical songs, and original ballads and lullabies. From reflective ballads to footstomping reels and jigs, the variety and range of the material they perform is matched only by their enthusiasm and lively Celtic spirits.

Their music demonstrates to old and young alike the rich and varied musical heritage of the Celtic people. These versatile musicians have received worldwide accolades consistently over the years for their exuberant performances and outstanding recording efforts that seemingly can’t get better…yet continue to do just that.

Born of a session in Paisley, Scotland and named for the town’s historic weaving industry and local poet laureate Robert Tannahill, the group has made an international name for its special brand of Scottish music, blending the beauty of traditional melodies with the power of modern rhythms.

In 2011 the band was inducted into the Scottish Traditional Music Hall of Fame, and in 2018 they released their highly acclaimed 50th Anniversary album Òrach (“Golden” in Gaelic) on award-winning label Compass Records.

In 2019 they were nominated for Folk Band of the Year at the Trad Awards, and in 2021 they have been joined by Iain MacGillivray, Scotland’s youngest Clan leader, on pipes and fiddle. As they return to the world of touring, the Tannahill Weavers are firmly established as one of the premier groups on the concert stage.