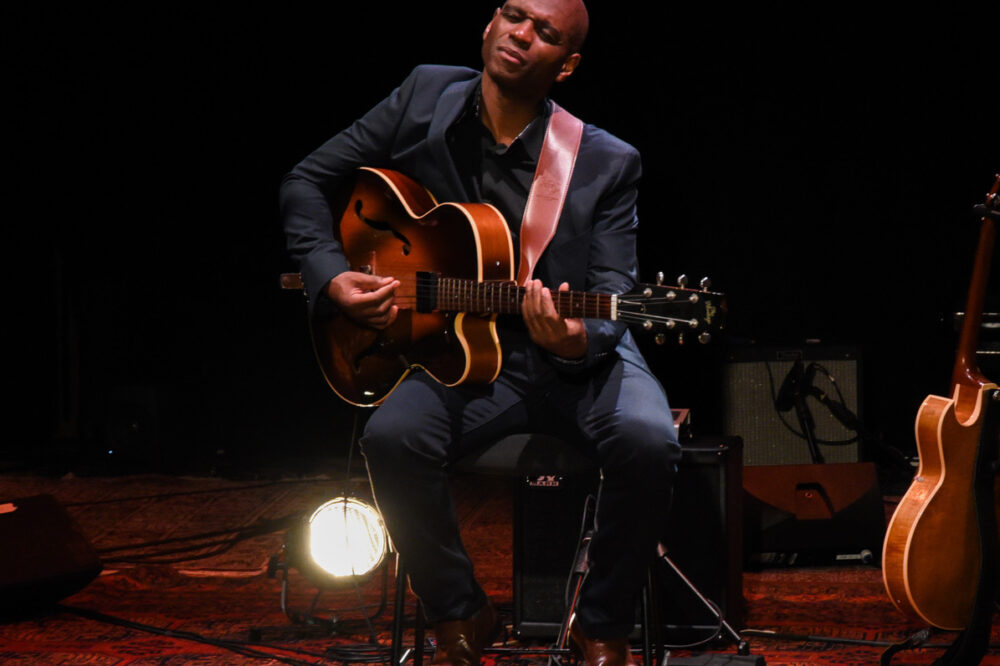 This event is part of: Jazz Malton

Edison Herbert is a melodic jazz musician who plays guitar from the heart, in the style of Wes Montgomery and praised by legend George Benson.

Born in Leeds, he played classical piano as a boy, studying at The Yorkshire College of Music.

However, the journey really began when he heard one of his favourite musicians play the guitar.

Immediately captivated by its sound, he started the task of teaching himself.

This passion resulted in a scholarship to further his studies at The Guildhall School Of Music and Drama where he performed with The Guildhall Big Band featuring Randy Brecker at Ronnie Scott’s Jazz Club.

After being heard there, he was asked to join the Jazz Warriors.

Edison took part in Sky Arts’ series ‘Guitar Star’, broadcast in Europe, Australia and South America. After performing one of his original compositions Jazz legend George Benson took him under his wing and continues to be his mentor and friend.

While recording his most recent album ‘Time For Love’ he noticed the great chemistry in the studio between the musicians, and his quartet was formed, including Pete Adam Hill (Drums), Neville Malcolm (Bass) and Sean Hargreaves (Keys/Piano).

“One of the few cats that can make that thing sing.”